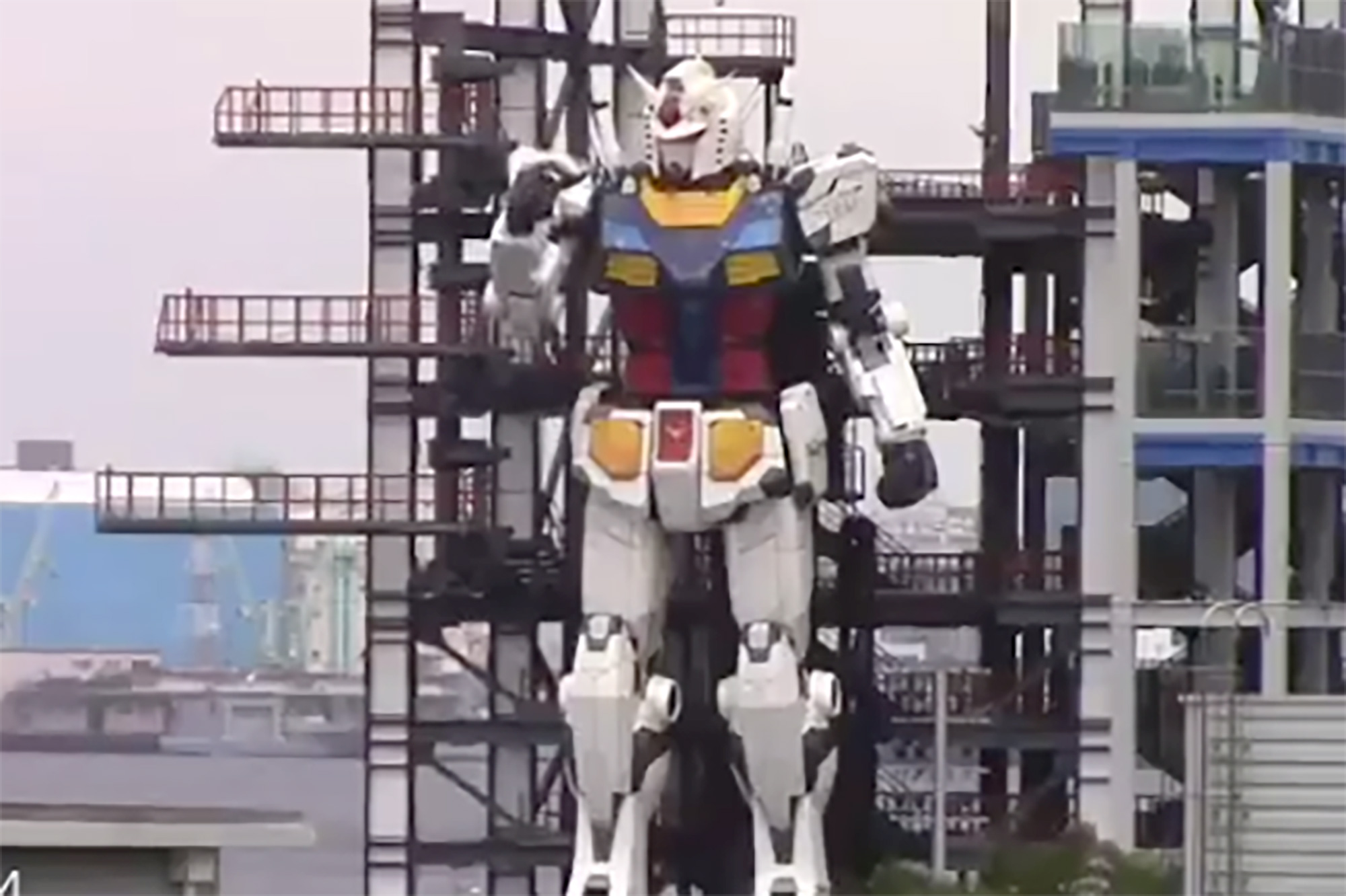 A Japanese company has made a popular anime cartoon larger than life, unveiling a massive, 55,000-pound “Gundam” robot that stands 59 feet tall.

New footage released Monday shows the mammoth machine, which looms over a factory in Yokohama outside of Tokyo, moving its arms, legs, and torso without difficulty — and it even kneels, CNet.com reported.

The newly unveiled robot, built on a mechanical skeleton, was completed in July, and was even blessed by Shinto priests during a traditional ceremony called a jotoshiki before its head was attached.

Located at Yokohama’s Yamashita Pier, the Gundam robot has been in the works since 2014, including two years for planning and development.

The real-life giant is based on a RX-78-2 model in the anime series, the magazine reported. The Gundam’s help the Earth Federation during the One Year War, according to the series.

The Gundam Factory Yokohama, which produced the real robot, was due to host a grand opening and unveiling event next month but has had to postpone due to the coronavirus pandemic, the outlet said.